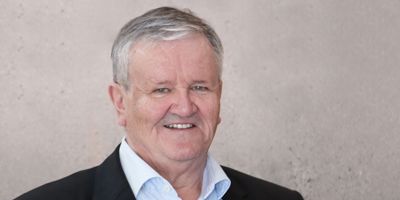 I still remember our entry into craniomaxillofacial surgery very well. Looking back, it was probably a mixture of luck, foresight that there could be a great opportunity in this field, and chance.

During a shareholders' meeting at the end of the 1970s, a Product Manager reported on a Professor from Strasbourg who was in the process of making groundbreaking changes in oral surgery. He wanted to use plates and screws for the treatment of fractures, as was already practiced in other surgical disciplines. It is important to know that it was still common practice in craniomaxillofacial surgery at that time to connect fractures with wire instead of plates and screws and then to twist the wire. Due to this procedure, patients were sometimes unable to eat solid food for weeks and this connection was not really stable. The Professor wanted to change this situation and had already commissioned a French manufacturer to produce plates and screws for his purposes. However, he was not satisfied with the quality of the products.

We agreed in the shareholders' meeting: the idea sounded interesting and we should present ourselves as a company in Strasbourg. At that time, I was in my mid-20s and the youngest shareholder of the KLS Martin Group. The other shareholders probably thought I had the least to do, and so the choice fell on me. I was to meet the Professor in Strasbourg in person and talk to him about his idea. Together with the Product Manager, I then traveled to Strasbourg to meet the Professor: Prof. Maxime Champy.

Prof. Champy explained his method and showed us the implants of the other company. Prof. Champy's thoughts really grabbed me and excited me at that time. I always say I am more of an engineer than a businessman and this technical facet and approach really impressed me. I realized what this professor is up to is really ingenious.

Inspired by the trip, I immediately went back to our production company Karl Leibinger Medizintechnik in Mühlheim an der Donau and, together with our foreman, drew the first drafts of the plates on paper. This resulted in four plates for the time being: the 4-hole plate short, 8-hole plate long, 4-hole plate bent left and right. That was all. Incidentally, Prof. Champy is still of the opinion that all fractures can be treated with these four basic plates, although the field has of course changed dramatically over the years.

After the production of these standard plates, we also started to develop bone plates, bone screws, screwdrivers, tools to bend the plates and much more for Prof. Champy, who was enthusiastic about our quality. From then on, the range has grown and grown. At first, this new surgical approach was very controversial, but it was quickly accepted. In the USA it became known as "rigid fixation". The only difficulty we initially encountered in worldwide distribution was the material. For Prof. Champy's purposes, where the implant is removed after a certain time by a second operation, stainless steel was sufficient. But if the implant remains in the body, titanium is the better option. It was precisely this switch from stainless steel to titanium that was the breakthrough. Titanium is still often the material of choice in the production of our standard and patient-specific implants, even though the choice of different materials has expanded significantly over time and we are also constantly researching new materials. I am very happy that we went down this path back then and that I was able to accompany and drive forward our entry into craniomaxillofacial surgery from the beginning until today together with my son Christian.